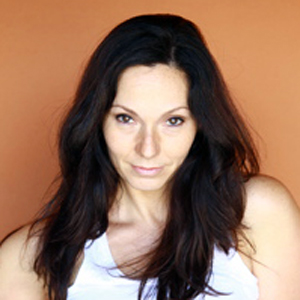 Born and raised in Cleveland, Ohio, Justine has always had a passion for the arts. Singing and dancing in stage performances was where it all began which led to dance videos, regional theater, national & international commercials and film & television productions.

From 2008-2010, Justine co-hosted over 50 episodes of Time Warner Cleveland’s “Mic Check 216”, an interview show with local and national celebrities shot on location throughout Cleveland. Working as a host for numerous events for Fashion TV Network and TV20 special projects, Justine has  been hosting a show airing on Time Warner & U-Verse TV, covering local artists and entertainment in Cleveland, Ohio called Reel Cleveland since 2010 and co-hosting a web-based movie review show with local network reporters on a show called Reel Review.

When not pursuing stage and screen work, Justine is happy to be called a hockey mom by two boys, and is a licensed & registered investment adviser.

I am so grateful to have the opportunity to pursue what I love and feel passionate about.  Check out my latest resume on IMDB.

Ultimate Workout and Recovery strongly recommends that you consult with your physician before beginning any exercise program or the use of any of our products. Additionally, we strongly recommend that the product is assembled using construction gloves while the product is lying down and by someone that specializing in assembling products. It is also suggested to use WD40 lubricating oil for adjusting of the system. Please seek advice from a trusted professional therapist or personal trainer on the workouts and fitness routines. This product is intended for adults and for children 10 years of older, under adult supervision, and the gym should never be left unattended around small children 5 years old or under. The Ultimate Workout and Recovery System MUST be installed correctly using the thresholds as its base goes directly under the legs of a chair or bed for stationary function and security AT ALL TIMES. The gym can be drilled into the ground using concrete screws of Tapcon® screws; once the unit is anchored into the ground, it can be used while standing up, and only then can it be used while standing up. The warranty on the steel/aluminum structure/gym is good for 5 years. Please contact us regarding the warranty on accessories. Structure/Gym manufactured in the USA. Please allow 6-10 weeks for delivery.